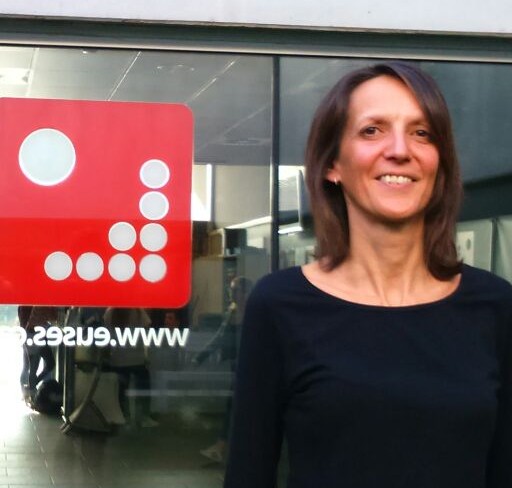 Lecturer at EUSES, affiliated centre to the UdG, since 2002. Physiotherapist – Osteopath and global postural therapist. Head of the FisioIntegral centre (Girona and L’Escala) since 2000.

Specialized in the fields of pelvic floor, obstetrics and gynaecology. Myofascial Induction Therapy, Sohier Concept. Trained in Child Physiotherapy according to the Bobath concept and in Paediatric osteopathy and regenerative therapy training (PNI).

She has previously been working in different areas, for example in the field of traumatology at Mutual Cyclops, (1992-2002). Also in the field of children’s physiotherapy in the CDIAP Alt Empordà and in the School Palau in Girona (Department of Education) (1993-2000). Physiotherapist responsible for the Pelvic Floor Unit of GDM and Clinic Aliança of Girona (1998-2003).

Teacher, as a physiotherapist, in several courses organized by the Department of Teaching of Catalonia.

Throughout her career she has made several publications in local magazines and in Punt Diari, as well as interventions in television and in radio programs. She has also given informative and educational talks and seminars about the importance of thee pelvic floor in different environments.

Campus de Salt
Carrer Francesc Macià, 65. 17190 Salt (Girona)
T. 972 405 130 - F. 972 400 781
info@euses.cat
Master's Degrees
Bachelor's Degrees Bachelor's Degree in Physiotherapy Bachelor's degree in Physical Activity and Sport Sciences Double degree in Sport Science and Physiotherapy
Courses and seminars
Vocational Training Technician in Diagnosis Imaging and Nuclear Medicine Advanced Training Cycle in Radiotherapy and Dosimetry Technician in Dietetics Technician in Pathology Anatomy and Cytodiagnosis Emergency Healthcare Technician
© 2022 ® Euses Escola Universitària de la Salut i l´Esport. Centre adscrit a la Universitat de Girona i a la Universitat Rovira i Virgili
NEORG
We inform you that we use first- and third-party cookies in order to improve the performance of the page and for analytical and advertising purposes. If you want more information or would like to manage them, please go to the
Cookie Settings.
I ACCEPT COOKIES
WE CARE ABOUT YOUR PRIVACY
You can set your consent preferences and determine how you want your data to be used according to the purposes detailed below.
Uncheck all ACCEPT ALL
These cookies are necessary for the basic operation of the website and, therefore, are always active. They include cookies that remember the actions you make when browsing the website in a single session or, if requested, from session to session. They help in online shopping processes, in addition to providing assistance in security matters and in compliance with regulations.

Analytical cookies allow us to improve the web browsing experience and to provide the administrator with statistical information such as the number of visitors or how users use our platform.

They allow the effective management of advertising space on our website, tailoring advertising content to the content of the requested service or to your use of our website, which are carefully handled either by us or by third-parties. It allows us to find out your browsing habits on the Internet and show advertising related to your browsing profile.